Famous in South Korea, Bulgogi Brothers is a casual dining restaurant chain specialized in Korean dishes and bulgogi ( marinated Korean barbecue ). As an added knowledge for everyone, The word “bul” means fire and “gogi” means meat, in Korean.

Bulgogi Brothers Philippines is the first franchise outside South Korea , which gained popularity on Filipino food enthusiasts with branches at Greenbelt 5, Alabang Town Center, Mall of Asia, Glorietta 2 in Manila, and SM Lanang in Davao.  Thats five aggressive branches in just a short span of time. 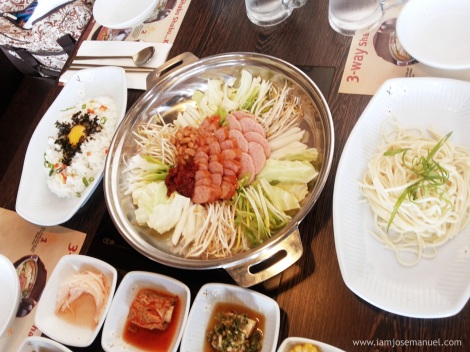 As an addition to the restaurant menu, Bulgogi Brothers Phils. introduces its Three-way Shabu shabu – Korean Style. Originated from East Asia ( Korea, Mongolia , China , Japan ) , Shabu-shabu is a traditional way of tabletop hot pot cooking where meat and vegetables are boiled in bubbling hot broth , seasoned with oriental flavors and spices.  Hot pots are always a fun dining experience with family and friends.

Twisting from the traditional way of hot pots, Bulgogi Brother’s Three way Shabu-shabu is more than just the usual hot pot soup. The feast begins with the server pouring a tasty broth onto the pot, bringing it to a brisk simmer by cranking up the heat on the metal hot plate. Guests can savor the stew with an additional order of rice. 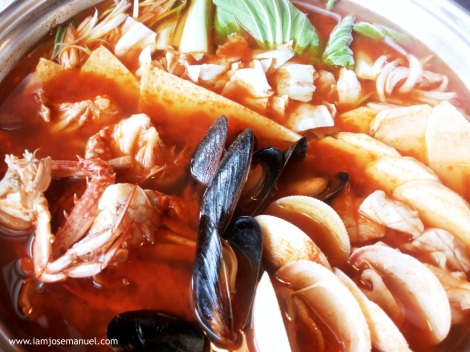 Next, a plate of Ramyun noodles arrives on the table. Because shabu-shabu encourages guests to be their own cook, they can toss the noodles together with the meat and other vegetables for a distinctly flavorful pot of Ramyun noodles.

Towards the end of the meal the server creates tasty rice porridge (juk) from the same shabu-shabu broth with Korean rice topped with seaweed, vegetables and egg for a truly filling meal. 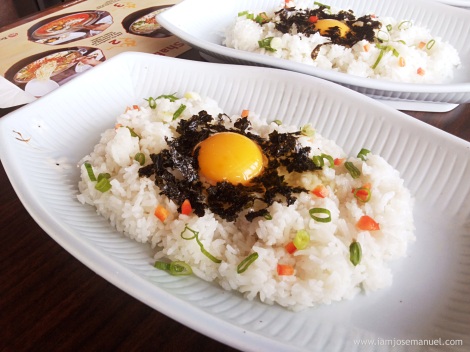 Plated Rice before it is made into a porridge 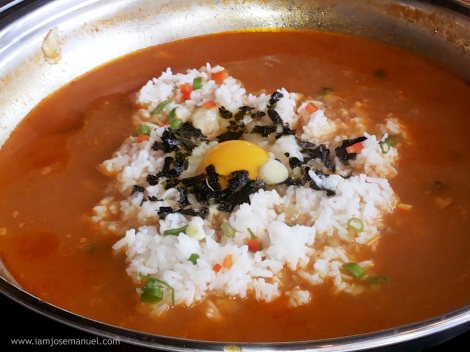 rice mixed with the remaining broth

For a unique flavor that’s suited to their liking, diners have the option to choose what meat goes into their hotpot. There’s Beef and Veggies, beef bulgogi on a garden of leeks, peppers, cabbage, bean sprouts and mushroom; Ham and Sausage, a marriage of American and Korean flavors with ham, sausage, cabbage, bean sprouts, mushroom and gochujang (Korean hot chili paste); and Mixed Seafood, a plate of fresh and plump clams, blue crab, mussels and squid cooked over a spicy broth.

Beef and Veggies, beef bulgogi on a garden of leeks, peppers, cabbage, bean sprouts and mushroom