Preview of my Kolkata Experience..

Chaotic? Well, yes. But it is the busy streets, the loudest horns and crowded markets that makes this colonial city Incredibly India, as it is. I may not have seen much of historic Mughal heritage sites in this place , but there is already so much going on in every corner , that makes Kolkata , interesting.

Kolkata International Airport. Its also something !

the Yellow taxis buzzing around the colonial streetscape of Kolkata, are really charming to look at in an old fashion way

Roti bread with some curry. My First Street food in India 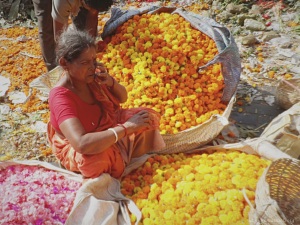 Flower Market in Kolkata, near Hawrah Bridge connecting to to Hawrah Train station .

Carinderia in Kolkata India. The chicken Biryani was downright tempting , but …

the super yummy Kusum Mutton Roll in park street Kolkatta, mentioned by Migrationology.com as one of his 25 best street food in the world worthy of travel. and indeed it is. 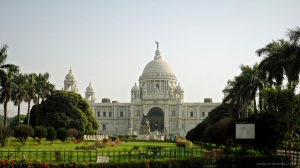 2 thoughts on “Streets of Kolkata, India”