Coming from Southeast Asia, Kolkata is probably one of the cheapest way to enter India. Thanks to Airasia, I only got my promo ticket for around 2,200 pesos ( 45 usd) from Kuala Lumpur.

Kolkata is located on the east banks of Indian Subcontinent, and is a state once the center of British Colonialism in East India . Colonial architecture and influences are still evident in almost every corner of the City. And I have seen more Catholic Christians here, than elsewhere In India.

Kolkata may not be as ancient and as rich in architecture and history compared to central India; But here , is where I’ve seen a picture of poverty and the effects of over population; The India , that is beyond the manicured Gardens and the Glitz of what Bollywood.   My Stay in Kolkata  was short, but indeed it was an experience.

Dumdum is the nearest subway station frm the airport 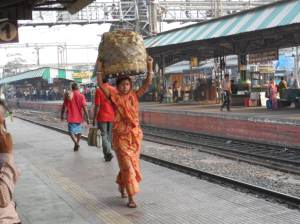 Beard Trimming Station , note that much beard on the floor.

Barber shop along the street 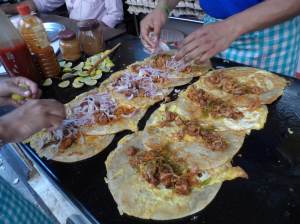 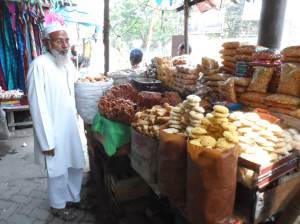 Ready to eat Snacks. No Plastic

Carinderia in Kolkata India. The chicken Biryani was downright tempting , but … 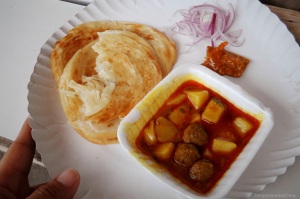 Roti bread with some curry. My First Street food in India

Indians eat sliced cucumber like ordinary fruit as sold on the streets.

A cemetery at the middle of the City , with centuries old tombs , it was told that this place should be free entrance, but apparently, someone was asking for 100 INR fee when i went there. 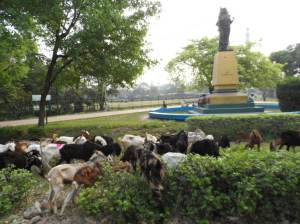 Goats taking over the landscaping.

This is what Mcdonalds restaurant in Kolkata look like 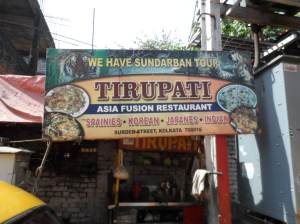 Horwah Train Station and Nearby ,

Public bath at the market near Hawrah Bridge. Its undeniable that Kolkata has a lot of people living in the streets. and These Public toilet and Baths were probably installed for them. The public bath is an enclosed building by the way, this is just a water source outside the building, which is also free for use. 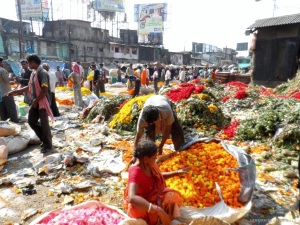 People bathing in Hooghly River near the market . and As I knew, This river is from the Ganges of Varanasi, which was the holy river for hindu cremation

Mother Teresa’s house where her tomb is also sheltered.

A Catholic Cathedral. a certain percent of the population in Kolkata are Roman Catholics, where Mother Teresa is among the pillars of this area’s catholicism.

Kolkata Subway .. The Station Floors are fairly clean, i mean, coming from the Philippines, I should not complain … Its just that the Train Cabs are overly crowded.

Decent Bedroom at Sunflower Guesthouse. Other Guesthouse nearby are in the rough shape. This ones better . at 12 USD / Non Air . Accommodation in Kolkata are pricey, i dont understand why. 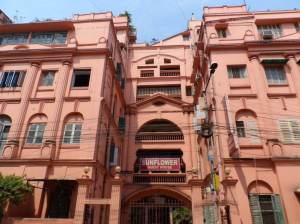 Sunflower Guest House Along Royd Street, where I stayed. Walking distance from Park street Metro Station , and a lot of restaurants like Mcdonalds and Pizza Hut Nearby (For those Maarte sa food) 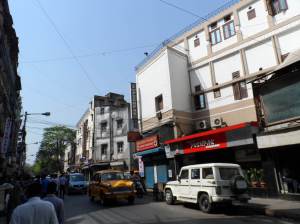 Pushnak Hostel, Intl. The only Dorm type accommodation in downtown Kolkata I came across with. around 350 INR ( 6 USD), but the condition is a bit undesirable , sadly. So I opt to get a better room bed/room instead at sunflower guesthouse.