South Korea is one of Asia’s most developed and progressive country , comparable to Japan and Singapore. As such, travelling to this country can be a bit costly and would require some preparation , and research.

Here are my recommendations from how to experience S. Korea without spending so much. As always, I lived by my principle of travelling on a practical note; and Not necessarily going the cheapest option , which can be a hassle sometimes. Hope this can help you in your preparation.

Transportation =  Incheon International Airport is around an hour travel by subway to Seoul , which would cost you around 14,300 won (around 14 USD) . Bus options are available for around half the price , but will take you 2 hours or more.  Transportation from airport to Seoul is highly organized , and the attendants can converse in english and are willing to assist.

Subway system within Seoul is very efficient, but can be a bit pricey, and would cost around 1 USD even if you travelled just a station away. But then again, I still recommend this , rather than hopping on a bus to roam around the city, which can be a bit confusing. Taxi rides are expensive , and would not go below 10 USD even for a relatively short distance. Moreover, taxi charges go almost double at night , at around 10pm, as soon as the subway operation ceases.

Where we Stayed = Banana Backpackers Hostel, which is very close to Angguk Station and Changdeokgung Palace, Jongno-gu. There were 4 of us and  we took a private room for around 15 USD per person. But other options are available.  Accommodations are cheaper in  Jongno-gu area, which is nearer to the palaces and the old city center.

Where to buy stuff and pasalubong = Daiso branches are everywhere , selling cute items for less than 2 USD. Cheap items can also be bought in the outer streets of Seoul’s shopping districts  like Myeongdong and Insadong. The main streets can be a bit pricey.

Freebies = Cosmetic shops in Korea, especially in Myeongdong, are very generous in giving product samples and freebies. Most even give out Face mask packs , which are sold at around 60 pesos (1.5 USD) here in the Philippines. As such, this can also be a good option as pasalubong to friends back home =)

Off the beaten path of Seoul,

Shops and Cafe hopping near Hongdae area and the University Belt 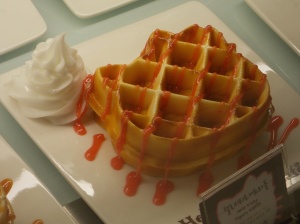 Interesting Architectural Design of SSamziegil Shopping Complex at Insadong.  To reach the upper levels, a gently-sloping ramp winds around the building,  from ground-level to roof-top deck. 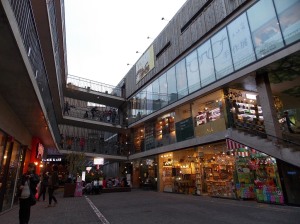 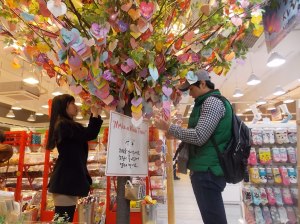 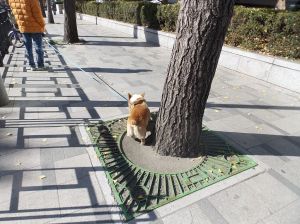 Gyeonggi English Village at Paju City, around an hour travel by bus from Seoul . This is where the Drama Series “Boys over Flowers” was shot. 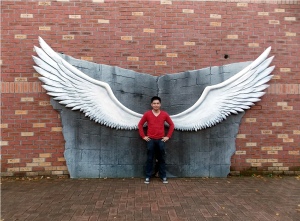 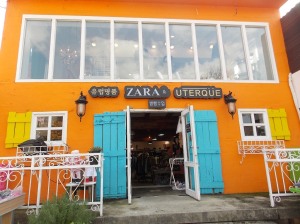