Bruges is a medieval city of northwest Belgium, that is highly distinguished for its canals, cobbled streets and brick-faced buildings. The city played a significant trading point in Northern Europe during the 14th to 19th century, and is among the few that had been spared from major destruction during the WWII. It was said that a certain general of the Nazi got charmed by its old world beauty, that he ordered protection over the place during the war. Today, Bruges is one of Belgium’s most visited spot, and is considered as one of the most well preserved medieval city in the whole of Europe.

Here are some snapshots that I took during my day tour around Bruges; gloomy, yet still pretty. =) 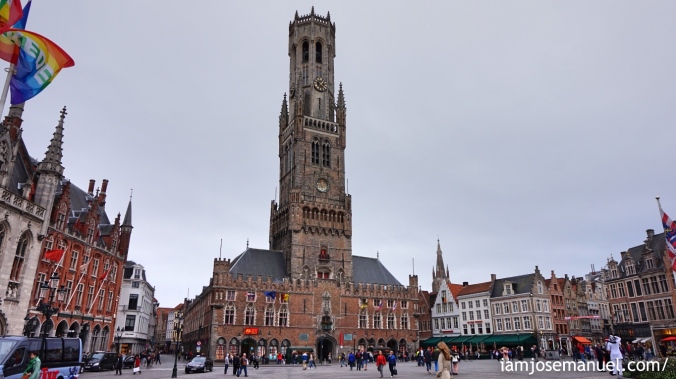 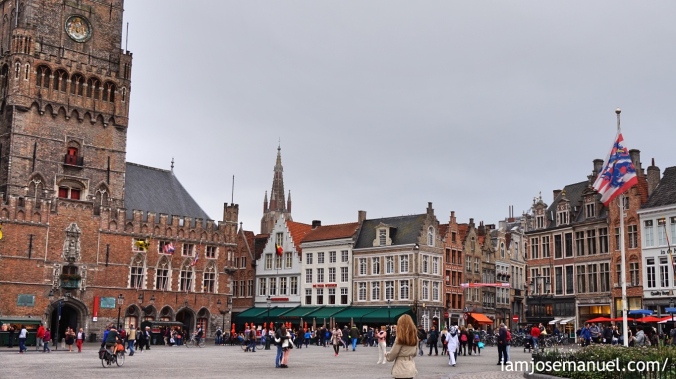 Bruges is a mere one hour train ride from the capital city of Brussels. Several trips run between the two cities, but it is recommended that you take the intercity train from Brussels ‘MIDI’ station with fewer stops (Trains from Brussels Central Station take longer time). Round trip ticket is around 20 Euros. A day tour would be enough to see Bruges; and when purchasing round trip tickets, always ask the attendant to guide you re return time options. Always keep your ticket in the safe place as the attendant will check this from time to time. Bruges is very walkable. Upon arriving at the central station, do a quick stop at the tourist centre just before the exit, to secure a city map and take some free postcards with you. =) 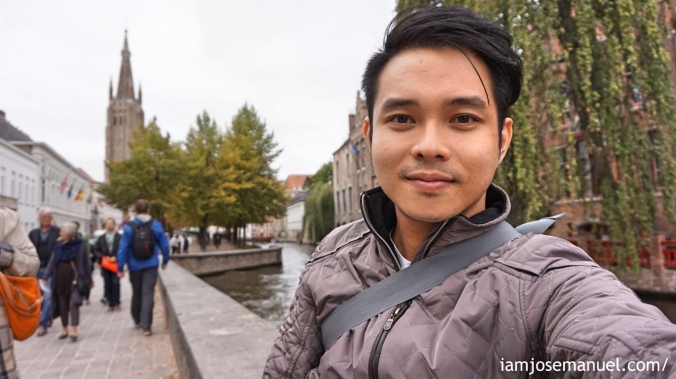 Food is fairly cheap in Belgium, compared to other European cities. In Bruges, a quick grub from Pasta Maria is recommended. A pack of Alfredo for 3 Euros isn’t bad already. 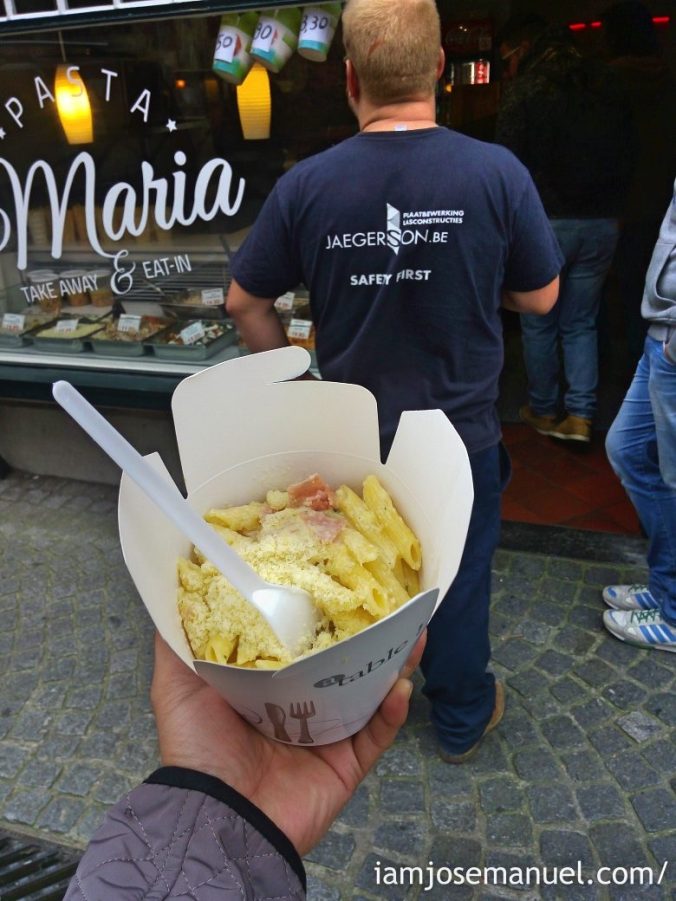 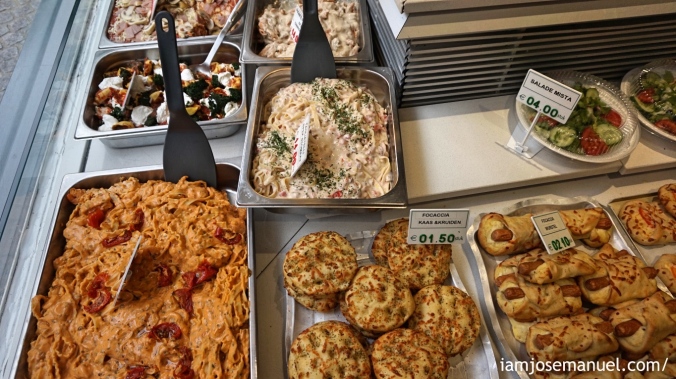 Between Brussels and Bruges is another charming medieval city, known as Ghent. If you intend to visit the place, ask from the Brussels MIDI station the proper transfer tickets. Credit card and debit cards are widely accepted in Belgium.