Any travel enthusiast would most likely agree that one of the best feelings in life is having a visa application approved.It was my first time to apply for Schengen Visa, which I consider a power visa (with personal interviews and all). Seriously, I can still recall today how it felt like having my passport in hand, with the lovely Schengen Visa sticker. Not only that, I was also granted a multiple entry visa. Though only valid for a few months, but still, I was overjoyed. And all thanks to Alia, a friend based in Warsaw who paved the way smooth and clean; as well as some travel veteran friends for the helpful tricks. (Segway lang, here’s my article on how I got my Schengen Visa  https://iamjosemanuel.com/2015/06/16/applying-schengen-visa-through-the-netherlands-embassy-in-the-philippines/

Knowing that Europe can never be as easy as merely going to HK (and with a limited budget), I seriously did a lot of research to prepare. My trip was scheduled June, but as early as February, I already had a plotted route on a spreadsheet (thanks to skyscanner and some experienced friends). But then, my route changed the moment I got my visa approved with multiple entry. I said to myself that it was already an opportunity to cross over North Africa and visit one country I have always been fascinated with, that is Morocco. 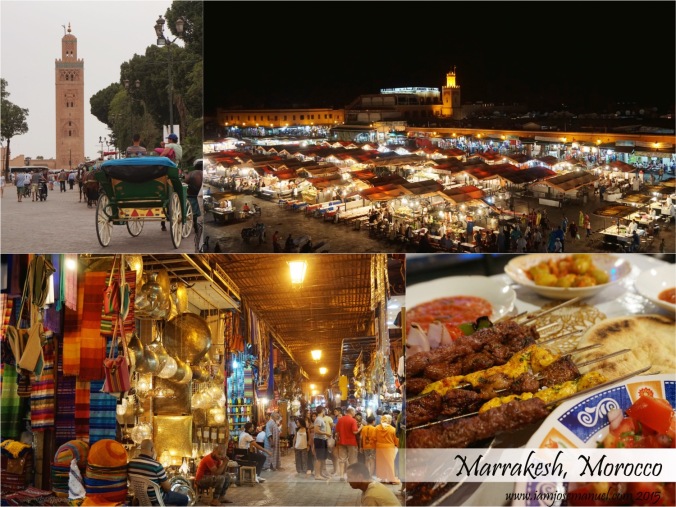 Having only a month long stay in Europe, I squeezed in a quick 4 days to Morocco after Rome. My 2 hours flight from Rome to Marrakesh was around 2,200 pesos with Ryan Air (online Promo, no baggage). Though I could have had a cheaper ticket with a red eye flight, I opt to get a 7 am instead so I would arrive in broad daylight, for safety purposes.  Prior to the flight, I already had some dollars changed to dirham in Rome.

And yes, Filipinos are Visa Free in Morocco. I passed by their immigration swift as a bird.

Anyways, here was how my trip to Morocco went…

I’d definitely say that Marrakesh has the most intricately decorated airport I have ever visited. Though small in size (I would say like NAIA T3) the aluminum and glassworks were super, and clearly reflects their cultural character of love for foliage details and lattice works. 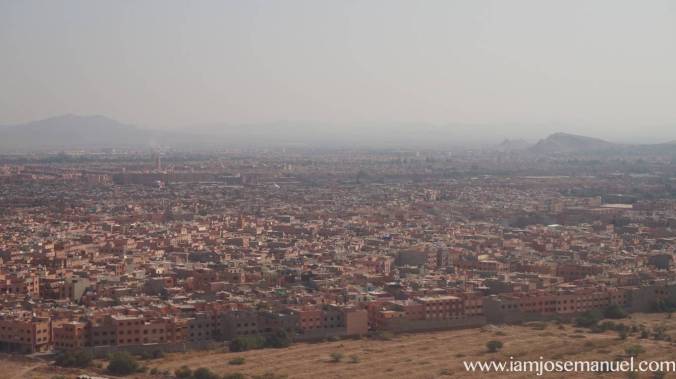 view of Marrakesh from Above 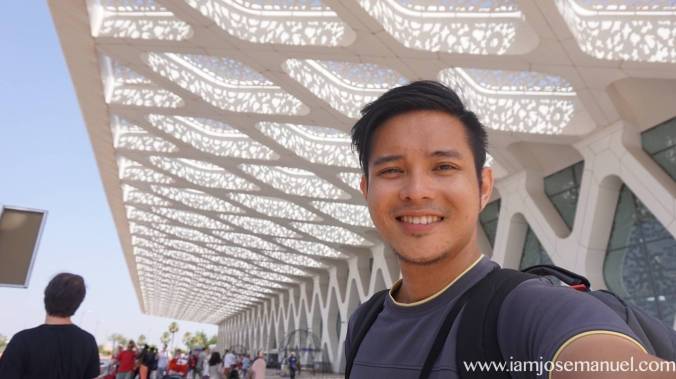 Stunning Latticeworks of the Airport Structure 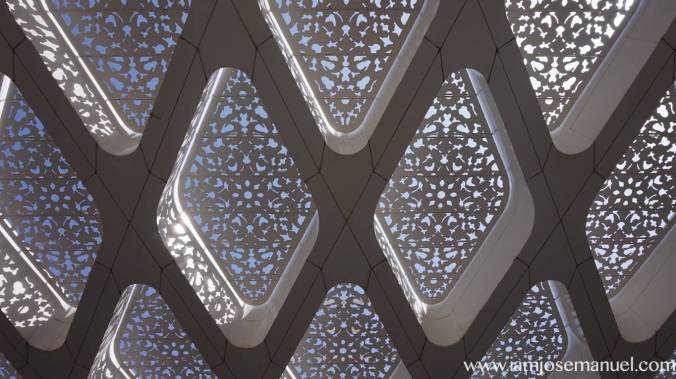 Backpacking in Morocco can be pretty cheap and easy with proper research. From the airport, I took a public bus to the Medina (Old Marakkesh district) for around 0.5 USD. I booked at Equity Hostel, which was around 500 pesos for a Dorm Bed with heavy breakfast. As any backpacker would recommend, book a hostel at the Medina for that old world Moroccan feel (But if you are maselan, 5 star hotels are at the CBD). 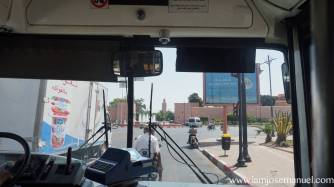 The minaret seen from the bus is the sign that you are almost at the Medina. The bus ride was only about 20 minutes.

The bus stops near the minaret, and there is a KFC branch opposite this. 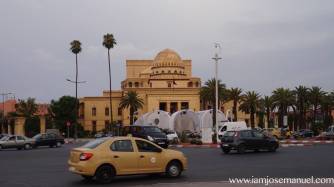 spme views of the city along the way 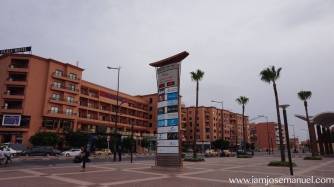 more views of the urbanized streets before reaching the Medina

What to expect in Marrakesh?

A City of Exotic feels. This nation of Arabian descent, is a beautiful mix of Middle Eastern and South European influences. Though standing on the grounds of Mama Africa, the black African culture is mute. Even if you ask a local, they would say they’re Arab, and not African. 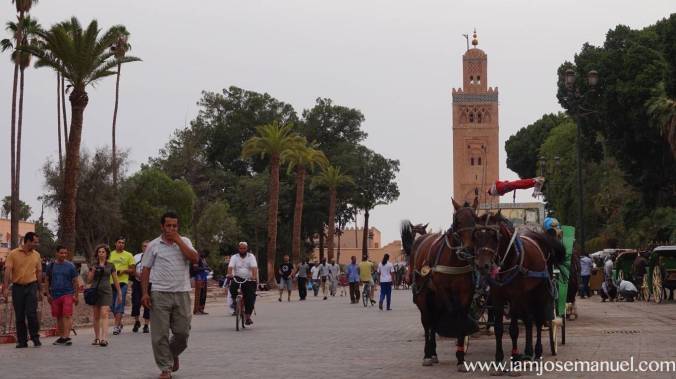 With strong Arab influences, Morocco offers the finest brass an metal wares as well as leather. But if you have shopping in mind, remember to negotiate, negotiate and negotiate further as the prices are definitely x3. 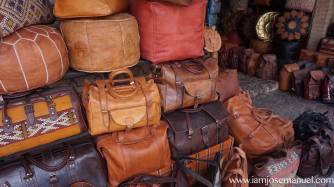 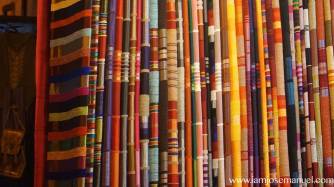 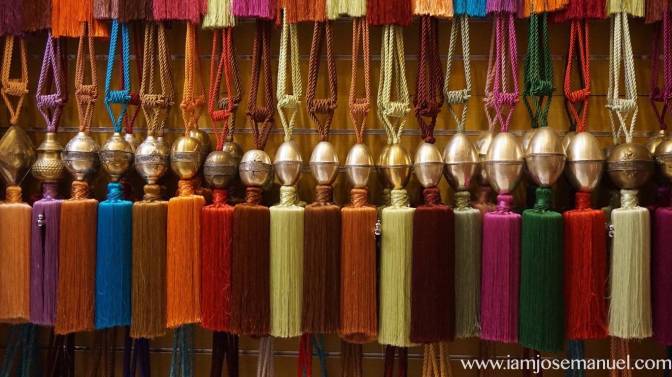 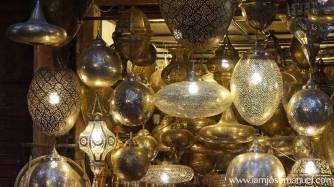 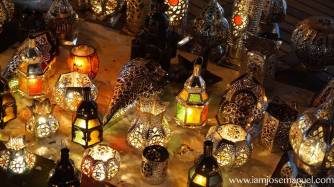 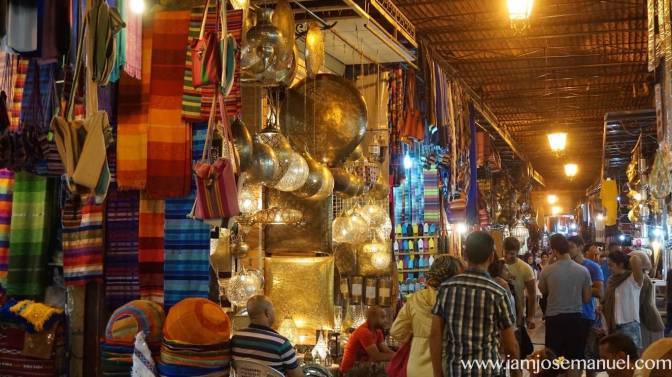 Get lost on the Streets of the Medina, and find interesting things.

Sad Donkey. and smelly, I swear. 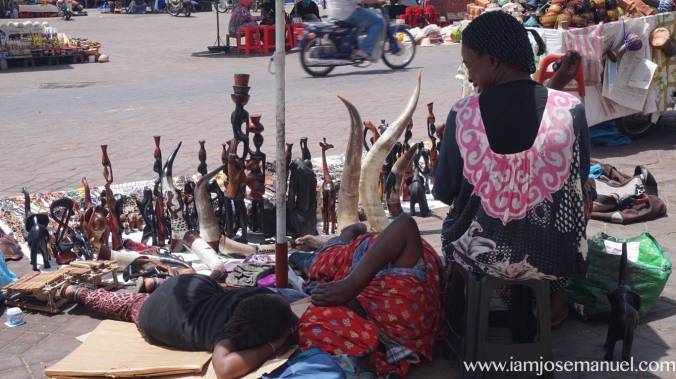 Items made of Ivory are still being openly sold in Marrakesh. Sad Truth. 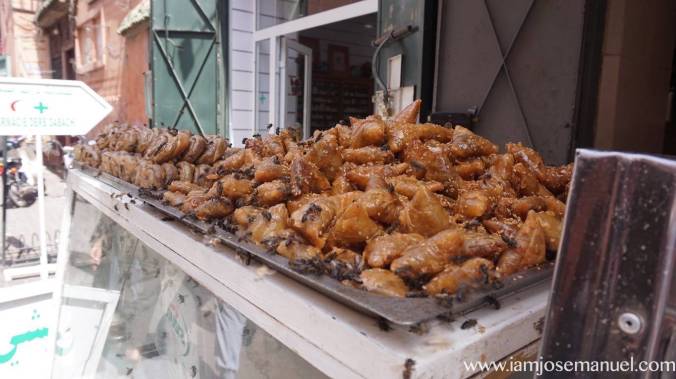 Its a cultural thing that Moroccan Pastries are guarded by bees. Of course, you are not supposed to eat the bees.

Enjoy the Panoramic View of the Jemaa El Fna square. Busy, and a bit chaotic, Jemaa square and market place in Marrakesh’s medina quarter (old city). Functioning since the 10th Century, this remains the main square of Marrakesh, used by locals and tourists. The square has been recognized as UNESCO site for Masterpiece of the Oral and Intangible Heritage. 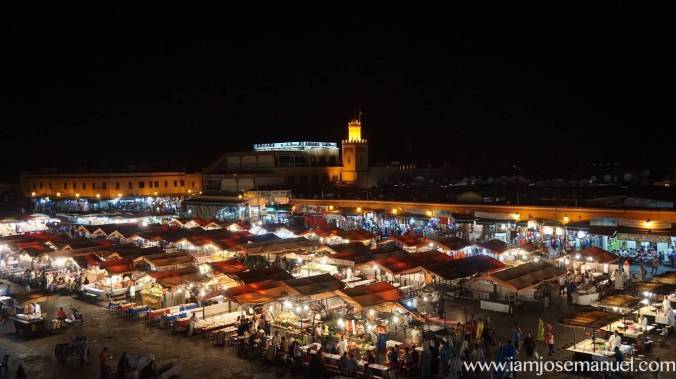 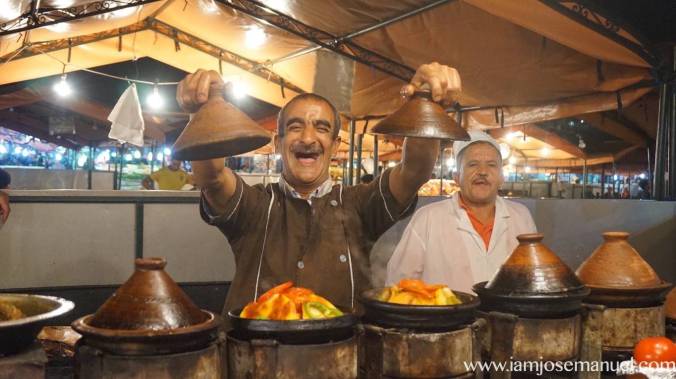 Meat and vegetable dishes cooked on a claypot. The call it Tagine 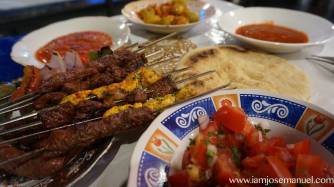 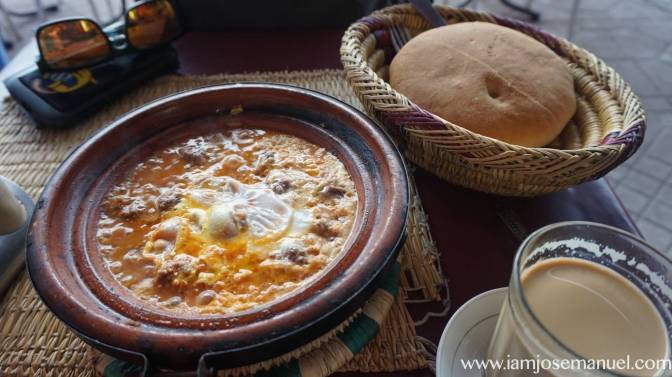 Traditional Mint Tea after every meal, and is usually complimentary. 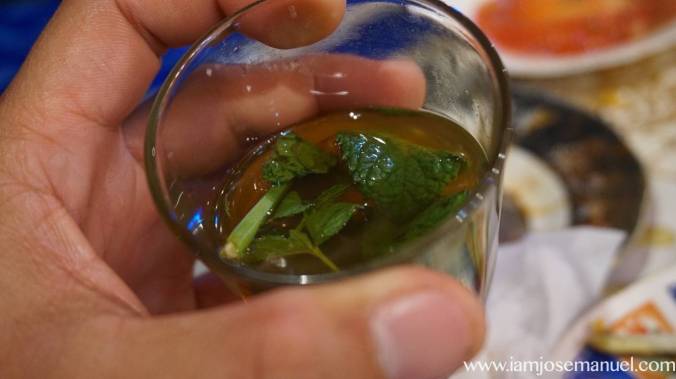 Side Trip to the coastal town of Essaouira, which is around three hours by Supratours bus for 8 USD or400 pesos/way. Any hostel can assist you on booking this. Expect some desert views along the way. It was my first time to see a desert to it was amazing. =) Essaouira is a port city on Morocco’s Atlantic coast, and its Medina has been enlisted as a UNESCO World heritage site since 2001. Directly facing the Atlantic Ocean, the city was windy and chilly the time I was there, which was a complete opposite of Marrakesh’s. It was summer when I visited. 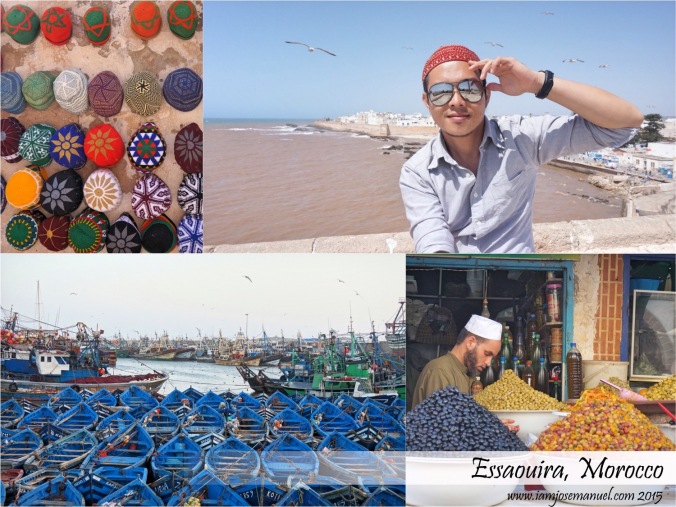 Experience a Sandstorm. Last highlight of my trip was a first time encounter with Sandstorm, just hours before my flight. It was sundown that time and the sky turned red, windy and I found myself stranded a waiting shed. Good thing it was just a light and quick one, but seriously, I felt the dust dwell into my pits. I had a quick wash up upon arriving at the airport (good thing the toilet had a hose type bidet). 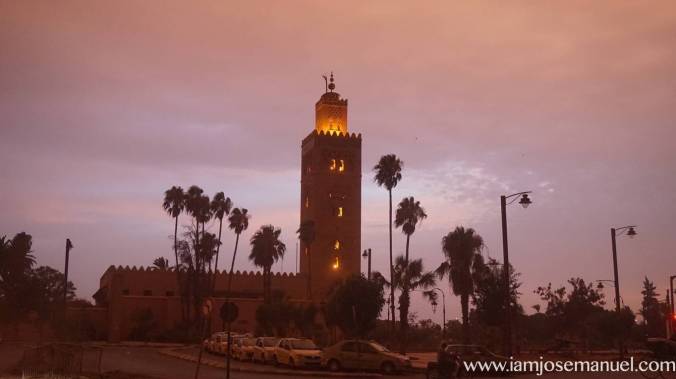